Horrors of the Ancient World

In this age of reason and enlightenment, common wisdom would tell us that there is no such thing as monsters. How then do we reconcile the historical record, that states unequivocally that the ancient world was rife with them? As citizens of the future, we know that it takes only an out of context picture and a poorly worded statement to ignite a fever dream of doubt and paranoia strong enough to make the world disbelieve all scientific evidence. If a mere meme can turn the world on its ear, dispelling our trusts and beliefs, then can we not also suspend our disbelief to include the existence of monsters? The ancient scholars and historians were not fools, and in most cases represented the very apex of knowledge in their times. So, what then did they encounter that inspired such vivid and fantastic descriptions? Here are but a few examples to pique your curiosity. 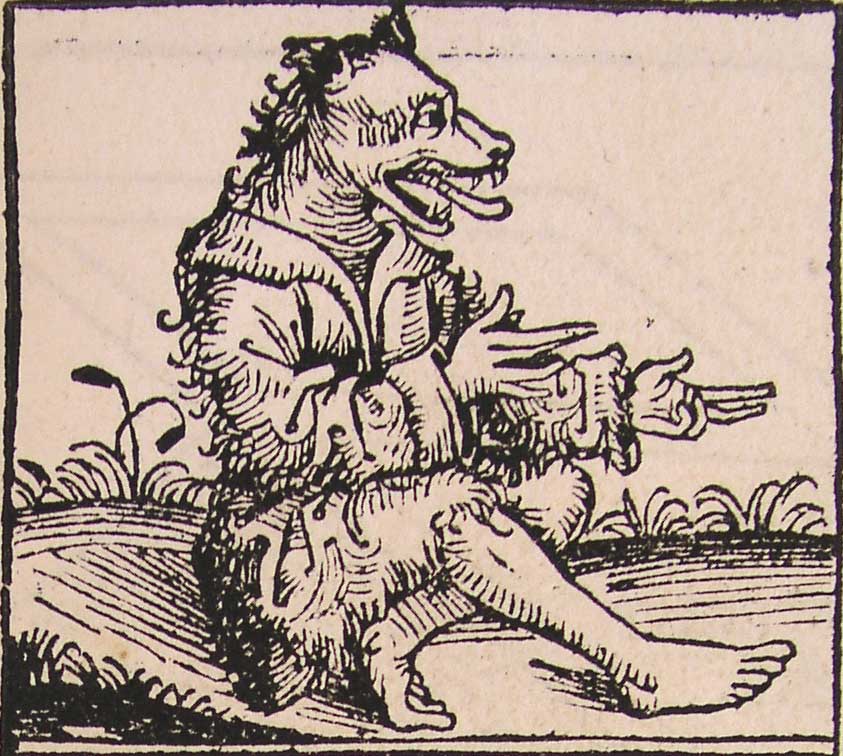 The Cynocephali, or Dog-Headed people, were widely documented throughout the ancient world. Not to be confused with lycanthropy or werewolves, the Cynocephali possess canine heads and the bodies of men. They were known to be intelligent, organizing themselves in complicated societies, similar to that of humans. Their speech has been described as a violent, guttural language of snarls and barks, though they were also capable of human dialect, and sometimes multilingual.

Accounts of dog-headed men begin as early as the 5th century B.C. Greek physician Ctesias writes of them existing in the mountains of India, a statement corroborated by a fellow Greek, Megasthenas. Herodotus reports that a similar race lived in what is now northern Africa. Early Christian writer St. Augustine of Hippo wrote of them in his work City of God, debating whether they were descendants of Adam. In fact, Cynocephali figure prominently in much early Christian literature, notably the legend of the Apostles Andrew and Bartholomew, who baptized the dog-faced “Abominable.” In the Eastern Orthodox Church, early portraits of St. Christopher depict him with the head of a dog. This story is traced to the reign of the Emperor Diocletian, in which a massive dog-headed soldier, Reprebus, was captured in eastern Egypt. Reprebus is “cured” of his dog-like nature by the power of Christ, and lives to dedicate his life to the church, later to become St. Christopher.

Encounters with the Cynocephali exist throughout the ages, related by extremely credible sources. Muslim Scholar Ibn Battuta writes of a ferocious tribe of dog-men in Sumatra. King Charlemagne lamented that he could not do battle with them after learning they were among an enemy host that fled. The Nowell Codex, of Beowulf fame, has many references to dog-headed men. Marco Polo writes of trading for spices with a tribe of them in the Andaman Islands. Indeed, the references are so numerous and independent, it’s hard to imagine them all to be mistaken.

From dog heads, to no heads, the Blemmyes are another wonder of the ancient world. Described having no heads, with eyes either on the shoulders or chest, and the rest of the “facial” features located below them on the torso. Unlike the Cynocephali, these creatures seem less inclined to interact with humans and are a much more primitive society. Interestingly, sightings of Blemmyes occur in many of the same regions said to be occupied by dog-headed men. 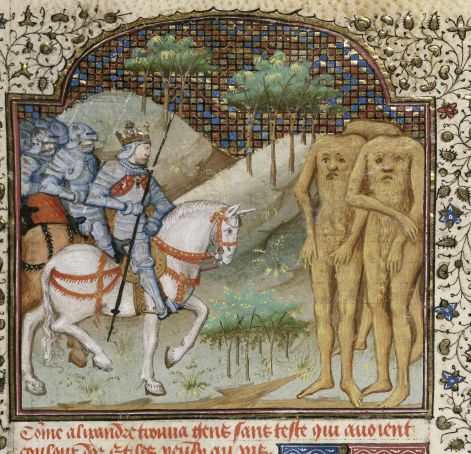 Herodotus and Pliny the Elder refer to them as the “Akepholi,” or without head. Herodotus states that they exist in the wild regions of eastern Ancient Libya. Pliny defines their region of inhabitation a bit more broadly in Aethiopia and Nubia. The historian Solinus curiously describes their birthing process, where the eyes, mouth, etc, are deposited onto the torso. A disturbing image, to be sure.

Most headless men are reported on the African continent, Middle East, and Southern Europe, though there are some interesting accounts from China and India as well. One intriguing documentation comes from a medieval text called the Travels of Sir John Mandeville. The book describes a meeting on the island of Dundeya with “ugly folk without heads who have eyes in each shoulder and mouths round like a horseshoe in the middle of their chest.” Dundeya is in the Andaman Islands off the coast of India and very near where Marco Polo claims to have traded with the Cynocephali.

Finally, consider the Sciapod, or Shadow-Foot, also called the Monopod. This peculiar race of men have but one leg ending in a single massive foot. Despite the awkward anatomy, they are deceptively swift and agile. Ancient references to the Sciapod are limited to a few sources, placing them primarily in India or Africa. However, later writers report sightings all over Europe and Asia as well. 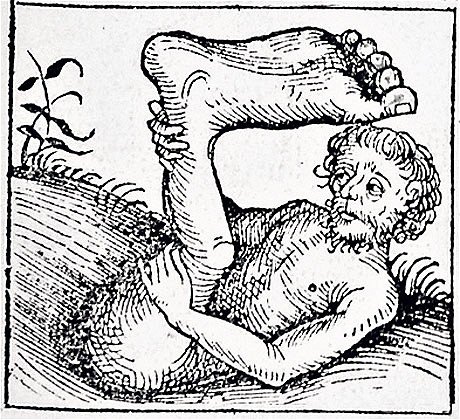 Ctesias writes of them in his work Indika, which is later paraphrased by Pliny the Elder in his Natural History:

He speaks also of another race of men, who are known as Monocoli, who have only one leg, but are able to leap with surprising agility. The same people are also called Sciapodae, because they are in the habit of lying on their backs, during the time of the extreme heat, and protect themselves from the sun by the shade of their feet.

Noted fifteenth century traveler, John of Marignolli, offers a dissenting opinion. He explains the phenomenon as a misidentified “chatyr,” an umbrella like device used in India for shade. An amusing explanation, but unlikely. To mistake something so absurdly, hashish or opium would be a more likely excuse.

Regardless, these are only a few of the many horrors documented by ancient historians. Are we so far removed and enlightened from that time that we can say with utmost certainty that they were wrong? Can we explain it away, like John of Marignolli, as something so mundane as an umbrella? If so, does that discount centuries of human history previously accepted as truth? Or, do we pick and choose what we want to believe and assemble our own a la cart reality? Can we have it both ways?