Continuing our tour of unsettling manuscripts and strange tomes, I submit the Rohonc Codex. Named for the city of Rohonc, where it was discovered, the age and origin of the book remain undetermined. Of its many mysteries, most glaring is that the language and writing system in which it is written are completely unknown. 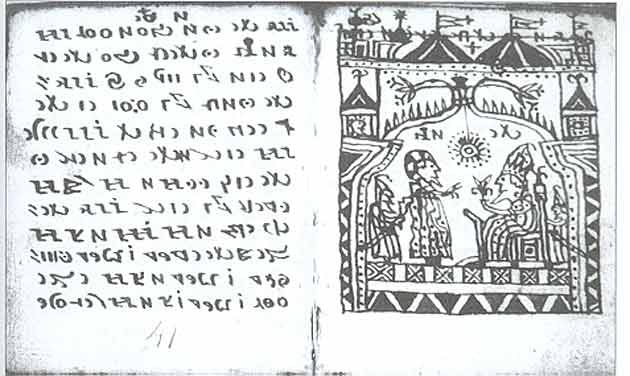 Study of its 448 pages suggests that the vellum was created in Italy, sometime in the 1530’s, though the inking of those pages could have occurred much later. Linguists and Cryptographers are at odds as how to interpret the nearly 700 unique symbols of the Codex’s “alphabet,” even to form a consensus as to which direction it should be read. Probably the most intriguing clue to the book’s purpose are its numerous crude illustrations. Most of them depict religious or military imagery, with Islamic, Christian, and Pagan symbolism prevalent throughout. This, however, proves even more confusing to historians who have struggled to find any historical parallels with the images. 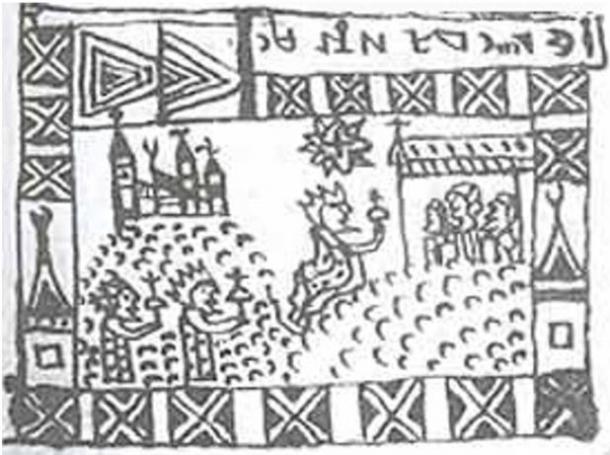 While there are no shortage of skeptics claiming the manuscript is a hoax, the evidence seems to point to the contrary. In recent years, several experts have made progress, claiming that they have identified title and heading processes, as well as some subject matter. Unfortunately, none of these translations have been conclusively proven and the mystery perseveres.